Beijing, May 18 (EFE).- Chinese President Xi Jinping asked Philippine President-elect Ferdinand Marcos Jr. for an “independent” foreign policy and to adhere to a “friendly neighborhood” with Beijing, which seeks more cooperation with Manila in various fields.

“China stands ready to expand and strengthen existing cooperation with a focus on the national economy and people’s well-being in such fields as infrastructure, agriculture, education, energy and post-pandemic recovery,” Xi said in a conversation with his counterpart, state agency Xinhua reported Wednesday.

According to Xi, in the past six years China and the Philippines have adhered to a “friendly neighbourhood” and “worked together” for common development, something Xi hopes will be preserved in the future.

“China expects the Philippines to maintain an independent foreign policy,” Xi said, adding that Beijing wants to “strengthen strategic communication and coordination in regional and international affairs” as well as “safeguard the moment of peace and development that we have in our region.”

Despite protests from the Philippines over the presence of Chinese fishing vessels in an area of ​​the South China Sea that Manila considers part of its exclusive economic area, Xi said that in recent years both sides have managed their differences through dialogue and inquiries.

China, which claims practically all of the maritime space, has built buildings for military use on several of these islands despite the fact that two years ago the Permanent Court of Arbitration in The Hague attributed the rights to that area to the Philippines, a ruling that Beijing does not recognize.

The Chinese president indicated said Beijing always gives priority to the Philippines “within its good neighborly diplomacy” and that it is possible to seek new areas to develop the region.

“China will give effective support and assistance to the Philippines to develop economically and socially,” he added.

“Bongbong” Marcos is the son of the late dictator Ferdinand Marcos, who ruled the country between 1965 and 1986, and who normalized relations with Mao Zedong’s China in 1975.

Several observers defend that this family past will strengthen their ties with China, and it is in accordance with the few statements on the matter made by the recently elected president. EFE 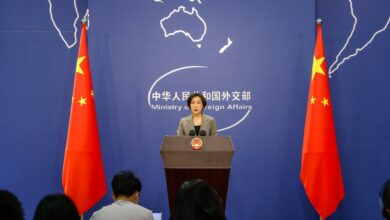