Colombo, Dec 6 (EFE).- The body of a Sri Lankan who was tortured, killed and set alight publicly by a lynch mob in Sialkot, Pakistan, arrived at the Colombo airport on Monday.

The family members of Diyawadanage Don Nandasiri Priyantha Kumara, 48, who was working as a factory manager in Sialkot when he was killed, were set to collect the body from a Colombo hospital later on Monday.

On Friday last week, Kumara, who worked in the South Asian nation for over ten years, was brutally killed by a large mob in broad day-light and his body was then torched.

Graphic videos of the incident circulating on the internet and social media showed the mob chanting Islamic slogans and taking selfies with the body.

According to initial reports, Kumara was accused of blasphemy by the mob for allegedly tearing posters with Islamic depictions, a claim later refuted by his family.

The incident triggered anger and sparked protests in the island nation as people urged the governments of Sri Lanka and Pakistan to ensure justice.

The nonprofit Amnesty International, in a statement, called for “an immediate independent, impartial and prompt investigation” into the incident in order to hold the perpetrators accountable.

Sri Lankan President Gotabaya Rajapaksa tweeted that he was “deeply concerned by the incident,” while Prime Minister Mahinda Rajapaksa on the same platform expressed shock at the “brutal and fatal attack” on Kumara by “extremist mobs” in Pakistan.

Acting High Commissioner of Pakistan in Sri Lanka, Tanvir Ahmad, addressing media personnel and religious leaders on Monday, said so far over 150 people have been apprehended and were being tried at a special court. 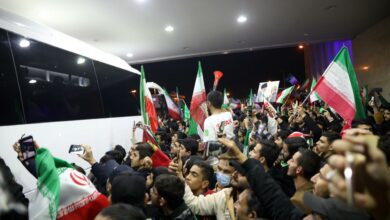