Buenos Aires, Jan 4 (EFE).- Wildfires that have raged for the past four days in a portion of Argentina’s Patagonia region have already consumed around 90,000 hectares (350 square miles) of forest, local officials said Tuesday.

Those blazes now active in the northeastern portion of the southern province of Chubut began on Saturday to the west of National Route 3.

They then spread eastward toward the Carlos Ameghino Isthmus, which links mainland Chubut and the Valdes Peninsula, forcing the evacuation of the town of Puerto Piramides, the spokesman for the National Highway Directorate in that province, Marcelo Yapura, told Efe.

The fires are currently active in a portion of Chubut’s Biedma department that is located north of the isthmus.

Strong, swirling winds increased the destructiveness of the blazes, which consumed a vast area rich in native flora and fauna.

Images posted on social media showed dozens of animals killed by the fires.

The Environment Ministry said in a report that one wildfire is currently active in Biedma, while another in Tehuelches department, in the western portion of Chubut, is listed as controlled.

The two towns most affected by the flames are Puerto Madryn and Puerto Piramides, both of which are located in Biedma, Yapura said.

Some 100 people have worked to battle the blazes in that area, including voluntary firefighters from the towns of Puerto Madryn, Trelew, Puerto Piramides and Rawson, personnel with the National Highway Directorate and the Provincial Highway Department, Civil Defense officials and Chubut’s Security Ministry.

In addition, two firefighting aircraft sent by the Environment Ministry to Biedma Department on Monday began operating once again on Tuesday afternoon in the Puerto Madryn sector after having been briefly grounded due to wind and smoke.

Weather conditions had improved early Tuesday and allowed the fires to be controlled, but the blazes later became active once again due to strong winds, Yapura explained.

Active wildfires also are now affecting several other parts of Argentina: Rio Negro and Neuquen provinces in the Patagonia region and the northern Argentine province of Salta.

Several other wildfires also are burning in other parts of the country – the central province of San Luis, the northeastern provinces of Corrientes and Misiones and Argentina’s southernmost province of Tierra del Fuego – but all are now categorized as controlled. EFE 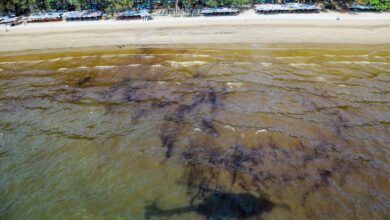 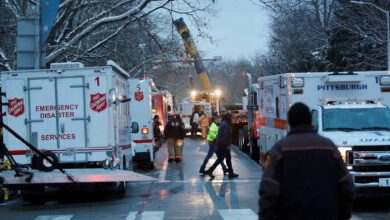 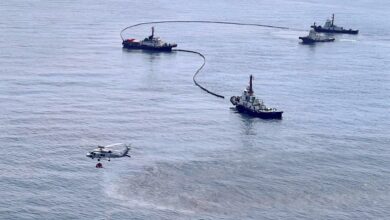